Alex J. Freemerman, Ph.D., Research Associate Alex was the Makowski laboratory manager and lead research associate since he joined in 2009. He holds a Ph.D. in Cell Biology and has more than 15 years of research experience focused on pre-clinical drug discovery, including 10 years as a Research Assistant Professor in the Department of Surgery at Duke University Medical Center studying mouse models of cancer. Dr. Freemerman has expertise in xenograft studies, examining signaling cascades, biochemical assays, as well as considerable experience in managing rodent colonies, minor rodent surgery and preparation of tissues for immunohistochemistry. Alex led a project examining the role of glucose transport and metabolism in macrophage and Kupffer cell inflammation and contributed to almost every manuscript from the lab. He is currently in Oregon! 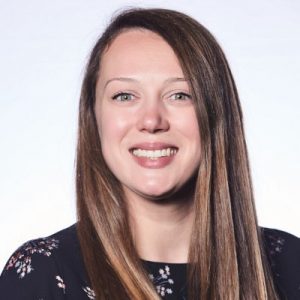 Laura Sipe, Ph.D. Laura Sipe grew up in Maryland and attended St. Mary’s College of Maryland. Laura received her Ph.D. in Biology from the University of Virginia where she studied the contribution of the sympathetic nervous system in weight loss. She joined the Makowski lab in 2018 from UVA to study the interplay between adipocytes, macrophages, and tumor cells. In addition to research, Laura pursued teaching and earned the Distinguished Teaching Fellowship and taught her own course in metabolism and weight loss. Dr. Sipe has been awarded several grants and fellowships in Makowski lab including a Komen/The Obesity Society award, a fellowship in the NCI Transdisciplinary Research on Energetics and Cancer (TREC), a fellowship from the AACR – Triple Negative Breast Cancer Foundation Research Fellowship, as well as an F32 NRSA Postdoctoral Fellowship from the NCI, among other accolades. Dr. Sipe is currently a tenure track assistant professor at University of Mary Washington.   ORCID link

Amy Johnson, Ph.D., Postdoctoral Fellow Amy was in the lab from 2012-2015 after completing her Ph.D. in Nutrition Biochemistry at UNC Chapel Hill where she studied mitochondrial metabolism. In the Makowski lab, she expanded her expertise by working on several projects examining substrate metabolism and the inflammatory response in macrophages. Amy was awarded a 3 year NIH NRSA F32 postdoctoral fellowship. She currently works in industry.

Sneha Sundaram, PhD., Postdoctoral Fellow Sneha joined the lab in 2011 and left for a position at USDA in 2014. She received her Ph.D. in Pharmaceutical Sciences at the University of Nebraska Medical Center, Omaha NE in 2009.  She has expertise in the formulation of nano- and microparticulate drug delivery systems for intravenous and topical applications, assessing the in vitro and in vivo efficacy of these tools. Sneha joined the Makowski lab to examine high fat diet-induced weight gain (obesity) and post-partum associated obesity in the development of basal-like breast carcinoma/Triple negative breast cancer. She held a position at the USDA for many years and currently works in industry.

Brante P. Sampey, PhD., Postdoctoral Fellow Brante received his Ph.D. in Molecular and Environmental Toxicology at the University of Colorado Health Sciences Center, (UC-HSC) Denver, Colorado in 2005. He has expertise in examining oxidative stress associated with chemical-induced liver injury, LC-MS/MS, and in a previous postdoc examined mechanisms of carcinogenic agents and potential anticancer compounds in gynecologic malignancies.  Brante was in the Makowski lab from 2010-2011 and contributed to several projects including 1) Obesity and inflammation in the Cafeteria Diet; 2) Metabolomic profiling of lipid mediators and mechanistic insight into their inflammatory potential; and 3) Fatty acid and glucose transport/metabolism and inflammation in macrophages in vitro, ex vivo, and in vivo through bone marrow transplant studies. He is currently in a biotech start up. 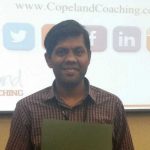 Ajeeth Pingili, Ph.D. Dr. Ajeeth Pingili was a Sr. Research Specialist in Dr. Makowski lab in Department of Medicine, Division of Hematology-Oncology. Dr. Pingili earned his PhD in Department of Pharmaceutical sciences in School of pharmacy at North Dakota State University. He completed his Postdoctoral studies in Department of Pharmacology at University of Tennessee Health Science Center where he studied the role of sex hormones and gender differences in cardiovascular and renal diseases and published articles in in journals such as Hypertension and American Journal of physiology. Dr. Pingili is expert drug and metabolism studies in mice. His future research is focus on developing new immunotherapies for triple negative breast cancer. Dr. Pingili has presented at many international conferences and won awards from American Heart Association and American Physiological society. Dr. Pingili was also awarded outstanding postdoctoral fellow and also Leonard share young investigator award for excellence in research. He is currently in Boston. MEDICAL STUDENTS:

Emily Miller was a student researcher and current medical student at the University of Tennessee Health Science Center in Makowski lab. She obtained a B.S. in Honors Biochemistry & Cellular and Molecular Biology (BCMB) from the University of Tennessee, Knoxville and was selected as the Outstanding Graduate from BCMB by faculty. Her undergraduate thesis focused on the morphological consequences of dysfunctional GPI-anchors in Arabidopsis thaliana. For this research, she was recognized with the BCMB Undergraduate Research Scholarship and received first place in the poster exhibition for her college. Emily has a long-standing interest in the field of oncology and is excited about the ways in which the growing arsenal of immunotherapies will change the treatment landscape. As a first year medical student, Emily was awarded a fellowship in the 2018 West Cancer Clinic/UTHSC Summer Cancer Research Program. ORCID link

Neena was a first year medical student at the University of Tennessee Health Science Center in Pierre and Makowski lab. Neena was awarded an NIH Medical Student Research Fellowship Program fellowship. Chris Cieker worked in the Makowski lab in 2019 before attending medical school. During the summer of his M1 year, all M1 summer research fellowship opportunities were cancelled due to COVID, but Chris worked in the Makowski lab on digital immune cell quantification. GRADUATE STUDENTS: Mehdi Chaib grew up in Algeria and moved to the US to pursue a career in medical research. Mehdi earned his BA in Biochemistry from the University of Mississippi and MS in Biomolecular Science from Lipscomb University in Nashville, TN. He joined the Makowski Lab in 2019 and graduated with his Ph.D. in 2022. Mehdi received a F31 Pre-Doctoral NRSA award from the NCI. Mehdi is interested in studying the role of the immune system in promoting cancer growth. He is particularly interested in the discovery of novel targets within myeloid cells to reverse immune suppression and enhance immunotherapy efficacy in solid tumors. Mehdi has won several awards such as the American Association of Indian Scientists in Cancer Research Young Investigator Award in 2019 for his work on macrophage iron metabolism and pancreatic cancer. He also won a Keystone Symposia Presenter Scholarship to present Makowski lab findings at the prestigious Keystone Symposia Myeloid Cells and Innate Immunity in Solid Tumors where he was also invited to give an live presentation (virtually during COVID). Mehdi was also selected to speak at the 2021 AACR conference (virtually), among many other awards. In his free time, Mehdi enjoys hiking, backpacking and spending time with family and friends. He is currently a postdoc at MD Anderson in the lab of Jim Allison, PhD, Nobel Laureate. 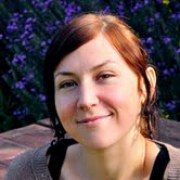 Alyssa J. Cozzo, Ph.D. Candidate Alyssa was as a doctoral candidate in the Department of Nutrition doctoral program at UNC.  She joined the Makowski lab in 2014 and graduated in 4 years with exceptional success. She has expertise in the tumor and normal microenvironment of breast cancer with extensive experience in immunometabolism. She is currently conducting a postdoctoral fellowship.

Yuanyuan Qin, Ph.D. Candidate Yuanyuan was a doctoral candidate in the Division of Nutrition Biochemistry, Department of Nutrition doctoral program at UNC.  She joined the Makowski lab in 2010 as a Sanofi-Aventis fellow after completing her MS degree at Sun-Yat Sen University in China. She studied adipose inflammation and fatty acid transport protein 1 (FATP1) in macrophage biology. She is currently a postdoc in California.

Liyang Zhao, M.S. Candidate Liyang joined the Makowski lab as a masters student. She completed two large studies on macrophage metabolism and atherosclerosis and diet-induced obesity. She completed her doctorate at UNC and is currently a postdoc at MSKCC. 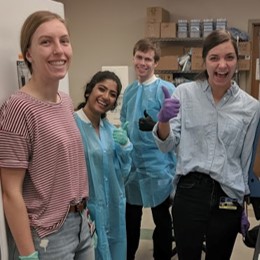 Arati Joshi Arati Joshi is from Memphis, TN. She was an undergraduate student at Rhodes College and is double majoring in Biology and Anthropology/Sociology. She also works in a microbiology lab at Rhodes College, studying centromeric transcripts in fission yeast. She worked in the Makowski Lab since the start of the summer of 2018 on the role of the immune microenvironment in breast cancer. She is currently attending medical school at UTHSC.

Emma Nichols Emma Nichols is from Little Rock, Arkansas. She was an undergraduate student at Rhodes College and is currently pursuing a Bachelor of Science in Biology. She plans on attending medical school after graduation. She worked in the Makowski Lab since the summer of 2018-2020. She is interested in the microbiome and effects on cancer biology.

Ottavia Zattra, BSPH Candidate Ottavia obtained a bachelors in science in public health (BSPH) in Nutrition at the Gillings School of Global Public Health. She had novel findings on mast cells in the mammary gland and tumor microenvironment. She graduated with highest honors and attended medical school at Harvard.

Maili Lim, BSPH Candidate Maili obtained a bachelors in science in public health (BSPH) in Nutrition at the Gillings School of Global Public Health in 2015. She worked on glucose metabolism in macrophages from 2013-2015 in the Makowski lab. She graduated with highest honors and attended medical school at UNC Chapel Hill.

Luma Essaid, BSPH Candidate Luma obtained a bachelors in science in public health (BSPH) in Nutrition at the Gillings School of Global Public Health in 2015. She worked on obesity and breast cancer from 2013-2015 in the Makowski lab. She graduated with highest honors and  attended medical school at UNC Chapel Hill.

Megan Huang, BSPH Candidate Megan was a part of the Makowski lab from 2012-2014. She worked on macrophage substrate metabolism. She graduated and completed a MS at Harvard Chan School of Public Health. She currently works for a non-profit in Boston.

Gina Sacks, BSPH Candidate Gina was a BSPH student in the Department of Nutrition and a member of the Makowski lab from 2010-2012. She attended Wash U School of Medicine.

Jillian Hamilton, MPH Candidate Jillian was an MPH/RD student in the Department of Nutrition and a member of the Makowski lab from 2010-2012. She graduated from our highly competitive MPH/RD program and contributed significantly to several projects in lab.

Kathryn Hobbs, Undergraduate in Biology Dept. Kathyrn volunteered in the Makowski lab from 2016- 2017.

Jimmy Zhang, High school student and undergrad research associate. Jimmy is a graduate of the nationally recognized NC Math and Science High School where he met Dr. Makowski as a guest lecturer. Dr. Makowski was his mentor for his high school project. He then attended UNC as undergrad. He has been a volunteer or employee in the Makowski Lab since the Summer of 2011. He is currently in UNC Dental School.

Chris Kartawira, High school student. Chris is a graduate of the nationally recognized NC Math and Science High School. He was a research volunteer in the Makowski Lab from 2016-2017 and studied tumor associated macrophages. He is currently at Cornell for his undergraduate degree.

John Yarbro earned his MS in Nutrition Science and graduate certificate in Bioinformatics at the University of Memphis where he studied the role of metabolism in innate immune function in aging. He has published articles in journals such as Experimental Gerontology, Immunity & Ageing, and Mechanisms of Ageing and Development. He joined the Makowski lab in 2020 to assist with an R01-funded project examining the role of the microbiome and immune system in triple negative breast cancer. He is currently in DO/PhD school to pursue a career as a physician scientist.